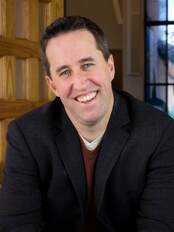 Pastor Dave's first day at WPC was November 27, 2017. He describes his job as: to follow Jesus, listen, lead, teach, and equip. One of his favorite Bible passages is 2 Corinthians 5:16-21. Redemption, reconciliation, calling... lots of good stuff, all in one paragraph!

Dave feels that WPC has always been a church that shows Christ's love to the community in tangible ways. From the preschool, to different local and global mission partnerships, to launching a new church and other initiatives, and using our physical space to bring shalom to the Greater Conejo Valley...at its core this church has been about reminding people that they are loved by God and that God is still moving in today's world. He is thrilled to be a part of what God is doing here!

Asked to name his three favorite movies, Pastor Dave says: This is impossible. Star Wars (is claiming an entire series cheating?), Shawshank Redemption, and The Jungle Book. He lists his top three books as The Hobbit, Surprised by Hope, and Tipping Point.

When he is not at WPC, Dave spends a lot of time with his wife and three kids. They like to go on adventures (day trips and longer!), cook and eat together, watch movies, and occasionally have "PJ days" where they just lounge around the house. He tries to ride his bike a few times a week, enjoys surfing (although he doesn't get in the water as much as he used to), and is a HUGE baseball fan.

John's current staff position is primarily to work in pastoral care ministries. He has been on the WPC staff three times (!) beginning in February of 1977. John appreciates the people of Westminster because they are open to new ideas, to learning and working together, and to supporting relationships. His favorite scripture passage is Jeremiah 31:35: "I will be their God and they shall be my people."

John's all-time favorite movies are A Man for All Seasons, Schindler's List, and The Sound of Music. His top three books are Man's Search for Meaning (Victor Frankl), The Human Side of Enterprise (Douglas McGregor), and Psychotherapy and a Christian View of Man (David Roberts). In his spare time, John loves camping and playing golf. If he could sit down for dinner with anyone in history, it would be Abraham Lincoln.

John would love to some day travel to Asia and Australia with his wife, Pat. 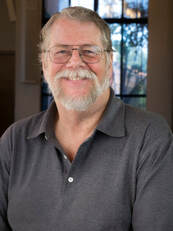 Facilities-wise, Pieter feels his job is "to be all things to all people all the time." He has been on the WPC staff since 2005. His favorite day of the week is Saturday, when occasionally there is nothing scheduled here on campus!

Pieter's favorite scripture passages are the 6th through 9th chapters of Genesis. He loves to read, write, watch movies, play with books, and ponder his mortality. His top three books are Das Boot (Buchheim) - everyman and his fate crammed into a submarine; 12 Lessons for Life (Peterson) - he read it 40 years too late; and Goodnight Moon (Brown) - just because!

If he could have dinner with anyone, it would be with Jacob Bronowski, author of The Ascent of Man.

A little-known fact about Pieter: when he was in the Air Force he was a Space Shuttle, Mission Specialist, finalist. 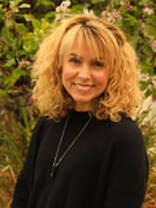 Julie-Ann has been a part of WPCP since 2018, starting as a Student Teacher and now teaching in our TK class. Prior to teaching, she was a Media Planner with Rubin Postaer & Associates, and she is currently completing her Masters in Educational Psychology at Cal State Northridge.

Julie-Ann respects this history and legacy of WPCP, and her commitment to children is clear. Welcome Julie-Ann! 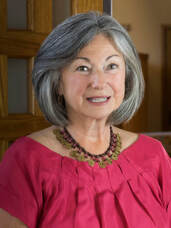 As business administrator, Terry is involved in most operations of the campus, with an emphasis on finance and efficiency. She was employed at WPC in 2009-2010, and again from 2017 to the present. What Terry most loves about WPC is the heartfelt intention that each ministry brings - even when the chips are down.

As a child, Terry loved singing "Jesus Loves Me" really loudly while riding her tricycle - that phrase still touches her heart and soul.

When not at WPC, Terry enjoys reading fiction, paddleboarding/kayaking, and bike riding. She would love to go river cruising in Europe or Windjammer cruising in the Caribbean with various family members. 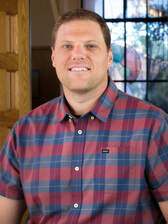 As JYF (Junior Youth Fellowship) Coordinator, Matt has the awesome opportunity to walk alongside middle school students and help them to know God. Matt began serving at WPC in 2006 and came on staff in 2016. His favorite Bible verse is 1 Peter 5:7-9, "Cast all your anxiety on him because he cares for you." Asked what he loves about WPC, Matt replies, "The people!"

When he is not at WPC, Matt enjoys spending time with friends and family, playing tennis, going to the gym, reading, and going to the movies. His top three movies are Gladiator, Top Gun, and Inception. A fun fact about Matt is that he played ice hockey as a child. 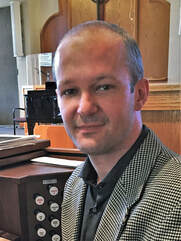 Organist and pianist Pavel Petrov was born in Pyatigorsk in Southern Russia. He made his solo debut at the Bolshoi Hall of the Moscow State Conservatory at age 14. Since then, he has received critical acclaim for performances and festival participation throughout Russia, Europe, Asia and North America.

He has performed with orchestras around the world and for many dignitaries including Pope John II and Boris Yeltsin. Trained in the rich traditions of Russian piano, Petrov graduated from the Moscow Central Music School for gifted children and earned a Master of Music in piano performance, pedagogy, chamber music and accompaniment from the Tchaikovsky Moscow State Conservatory. Pavel also has the Artist Diploma and Master of Music in piano performance from the USC Thornton School of Music, where he is currently a doctoral candidate.

Pavel contributes his music excellence at our traditional (9:30) service each Sunday morning and at other services.​ 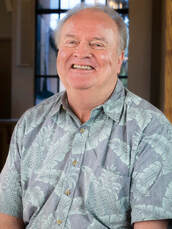 J.R. describes his job as sharing Jesus and prayer with high school students. He has been serving with WPC's student ministries since 1988, and came on staff in September of 2016.

One of J.R's favorite Scripture stories is the parable of the lost sheep. It's a reminder that God loves us so much, He comes looking for us when we stray away from him.

J.R. loves that WPC has so many opportunities to get involved in the life of the church. In particular, he loves the Student Ministry program that has encouraged his own faith to flourish while ministering to students. 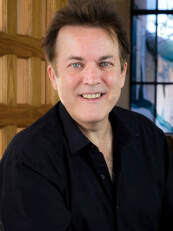 Ed's position is best described as helping WPC worship God, and serving others through music. He has been on staff in Music Ministries since 2011.

One of Ed's favorite Scripture passages is Luke 17:11-18, the story of Jesus cleansing the ten lepers. He hopes to have the faith and gratitude of the one Samaritan leper who came back to thank Jesus for healing him. Ed loves WPC's desire to serve and be involved in the mission field, both locally and internationally.

Ed's top three favorite movies are Citizen Kane, The Mission, and North by Northwest. Something you may not know about him is that his first job was as a ball boy for the NBA's Houston Rockets. If Ed could have dinner with anyone (past, present, or future), it would be film composer Ennio Morricone. 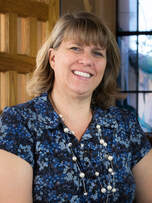 Heidi has worked as Administrative and Business Support for WPC's Preschool since 2005.

When Heidi is not at work, you will find her relaxing with her family, being a spectator at her daughters' volleyball games, or walking with friends at the park. Her favorite movies are Legally Blonde, Man's Favorite Sport, and The Proposal.

If she could have dinner with anyone (past, present or future), it would be Thomas Jefferson.

She would love to travel to New Zealand and/or Switzerland with her family.